Edward Teach, or Blackbeard as he was more familiarly known, was one of the most notorious pirates of the Golden Age of Piracy, a period between 1650 and 1730. He was born sometime around 1680, likely in England, but records indicate that his family relocated to Jamaica shortly after his birth. It appears that he served aboard the HMS Windsor in 1706, under the name of Edward Thatch. It also appears that he may have served aboard a privateer vessel shortly after joining the Royal Navy. Privateers were state-sponsored pirates that were employed to harass enemy shipping during wartime. Many times, after their charter was revoked because hostilities ended, privateers would continue to plunder shipping because it was quite lucrative. This fact may explain how Teach came to join Captain Benjamin Hornigold in 1716 as a full-blown pirate. Hornigold gave Teach command of his own sloop and before long, the two were joined by Stede Bonnet, another fierce pirate. 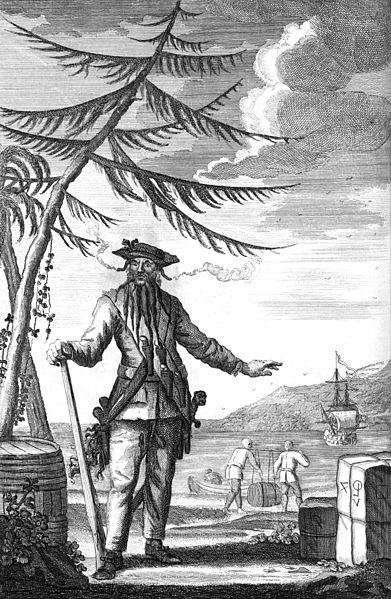 Before the end of 1717, Hornigold retired from piracy, leaving Teach and Bonnet in charge of their growing pirate fleet. Teach captured a French merchant vessel, La Concorde, renamed it Queen Anne’s Revenge and promptly added cannon and weaponry to make it his pirate flagship. Shortly afterward, Teach blockaded the town of Charles Town (Charleston), South Carolina, requesting a substantial ransom for its release. In the ensuing conflict, the Queen Anne’s Revenge was grounded on shoals near Beaufort, South Carolina. Teach escaped and was ultimately pardoned. It was at this point that he parted ways with Bonnet and resumed his life of piracy. Teach so angered then Governor of Virginia, Alexander Spotswood, that a small force of soldiers and sailors was dispatched to capture the pirate. A terrible battle ensued and on November 22, 1718, Edward Teach and many of his men were killed, ending his reign of terror.

Teach acquired his ominous nickname Blackbeard because he wore a thick, black beard that gave him a ferocious, lion-like appearance. To further augment his terrifying looks, it is rumored that Teach tied lit fuses beneath his hat that created a smoking halo about his head.

While Teach only plundered on his own for little more than a year, his record of piracy was prodigious. Unlike most pirates of the day, Teach did not torture or mistreat his crew, nor his captives. Teach also captained his vessels with the permission of his crew, somewhat at odds with the common belief that all pirates were tyrannical in nature. 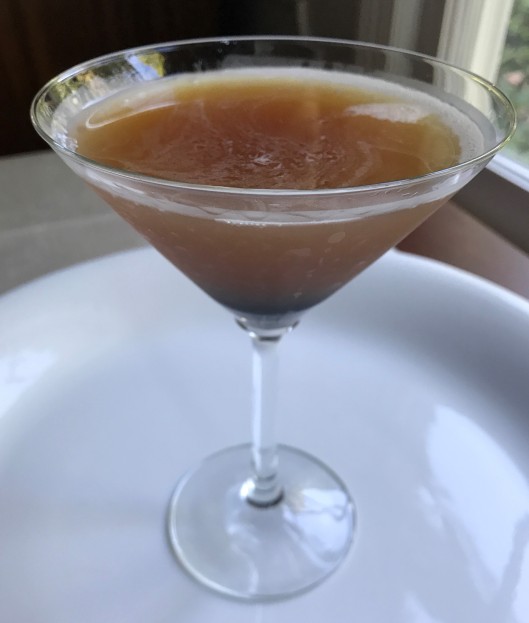 In honor of this “gentlemanly pirate,” I present a cocktail named after his flagship, the Queen Anne’s Revenge:

Shake with crushed ice and strained. Garnish with a pair of Luxardo Maraschino Cherries.