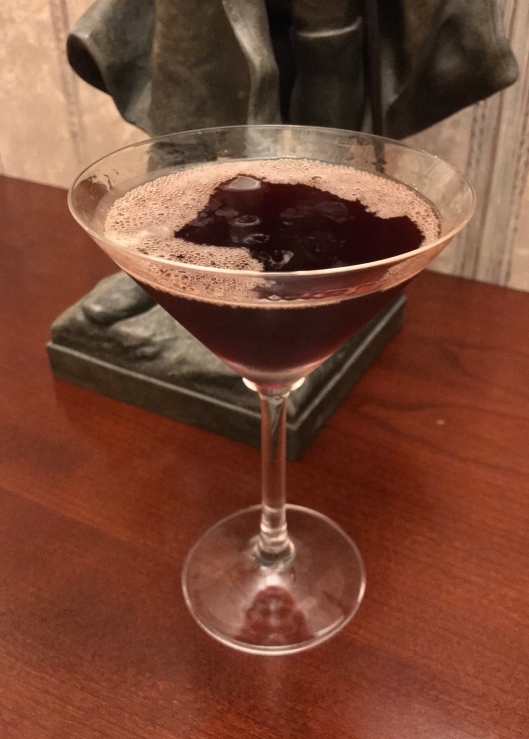 In 1805, Napoleon Bonaparte anxiously planned the invasion of England. Having neutralized the continent of Europe, Napoleon looked to solidify his position of power by invading France’s long term enemy. What stood between Napoleon and victory was the English Fleet, led by Admiral Horatio Nelson. In what would become one of history’s greatest sea battles, Lord Nelson stemmed the tide of Napoleon’s quest, by defeating the combined French and Spanish Navies off the west coast of Trafalgar. Nelson would receive a mortal wound during the battle. His body was rumored to be transported back to England in a cask of Rum, which led to the spirit’s nickname, Nelson’s Blood.

In celebration of a true naval hero, I present Nelson’s Blood…

Shake with crushed ice and strain into a cocktail glass.