Okay – I have always enjoyed Spanish wines. Long before Mr. Parker “discovered” powerhouse wines in the little known regions of Yecla, Jumilla, Calatayud, Campo de Borja and Priorato, I was singing the praises of Spanish wine. That said, back then those praises were limited to a few well-known regions – Rioja and Ribero del Duero… okay, maybe Penedès – there was not a lot of choice… Over the last decade the availability of Spanish wine has increased significantly and the quality of those early offerings is ever present in these new “pioneers.”

When I conduct my History of France in Ten Glasses class I can’t help but refer to Spain, largely because two of my favorite grapes found in the south of France, Grenache and Mourvèdre are native to Spain – where they are called Garnacha and Monastrell, respectively. We can thank the Romans for that. Grazie…

I have been a huge fan of these two producers, San Alejandro and Borsao for the last decade. They produce amazing wine at ridiculously low prices. Albeit, prices were much better before they both became “Parker Darlings,” but they are still a value nonetheless. On a recent buying run I opted to try a few from recent vintages – they were both quite nice – my preference was the Tres Picos… 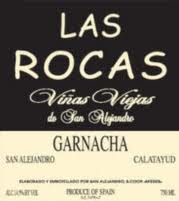 Bright, perfumed nose with spice, cherry and floral hints. Full-bodied with moderate acidity and moderate tannin – good balance. Earthy, rustic palate with sour cherry, cedar and tobacco leaf notes. Moderate length – smooth with black pepper and mint on the aftertaste. Drinking well now and should hold for another 2 to 3 years. 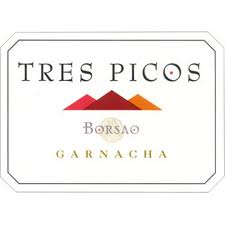